Lü†hårt • Oceania Series • The luminous energy of ocean waves, rendered in Japanese ink and brush on paper. A second generation Hamptons surfer, Lutha has lived and surfed the world over, and is the confluence of many inspirations.

The Lü†hårt • Skull Series artworks, are a meditation on death, a rumination upon our inevitable demise, a reminder of the preciousness of life, and of the infallibility of ever–constant change. Tibetan Buddhist philosophy regarding impermanence, is the key to the skull series.

The Lü†hårt • Oceania Series • Beauty and motion of the sea, rendered in Japanese ink, and brush on paper.
Read More »

Lü†hårt • Skull Series • Impermanence and change, the only constant... Life, the most precious of gifts, is most memorable and cherished, in the face of death.
Read More » 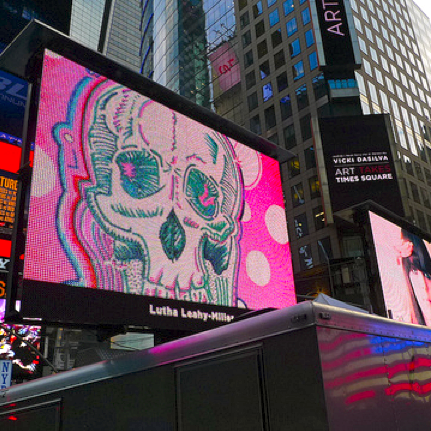 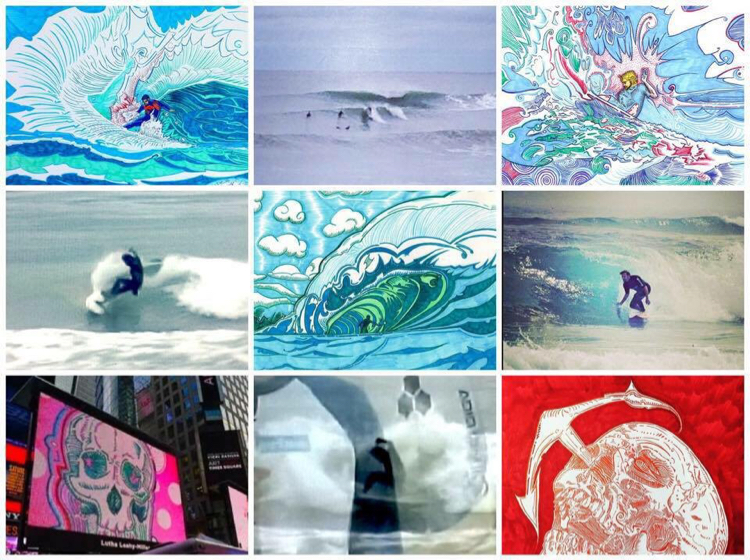 Lutha has been surfing and making art in the Hamptons since the early 90s. An avid surfer, formerly ranked 3rd in the North-Eastern USA, Lutha has worked, lived, and surfed, in Hawaii, Mexico, California, France, and the Carribean. Lutha has also been exhibiting his art under the Lü†hårt moniker for more than a decade, throughout the Hamptons and NYC.